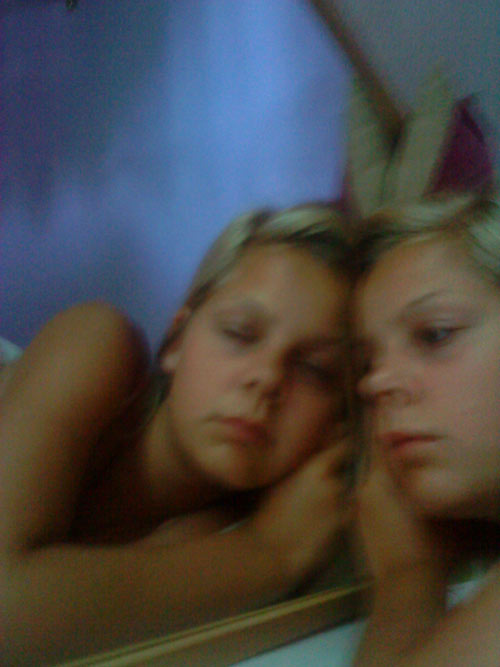 Andrew Perkis has posted to all:

Here is a challenge! A friend of mines daughter took this picture of herself lying next to a mirror. As you see her eyes are open, however, in the mirror they are closed. How can this be explained? All comments appreciated!

Together with Jordi we tried to examine our theory and ended up with these two results. We tried, not so patiently though. So eventually that worked out, but not as good as the original one: 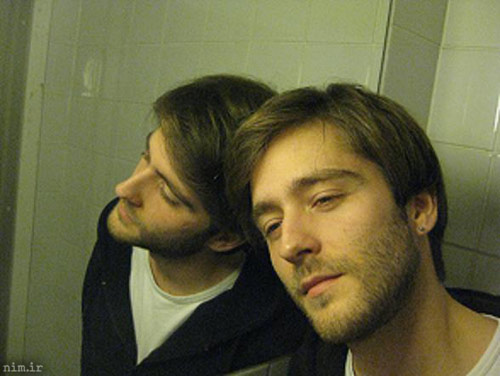 Another day we gave it a try with the newcomer colleague:

Here is another try, it still doesn’t look as extreme as the the girl on the photo. But it seems it goes into the right direction. 🙂 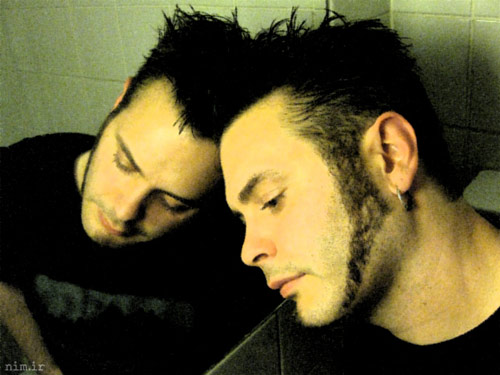 Jordi mentioned that it might be also an issue with the release time of the camera, which sounds quite reasonable. If the CCD sensor is quite slow (old cameras had this issue) and writes the data from left to right, the girl might have started with closed eyes and opened them fast while taking the picture. So maybe it is a mixture of both, perspective and crappy camera.

Jordi found some links supporting the possibility that more complicated stuff than static optics might contribute:

I guess the strange camera issue it is somehow related to the known “slow scan” or “photon gating” behavior in phone cameras. Here you have some links talking about this issue or new feature.