In this video, Muslim Reverie says about Mousavi:

The western media has been giving many non-Iranians the impression that he’s a secular reformist who is going to bring an American-style democracy to Iran. This is misinformation and untrue. Mousavi’s supporters are shouting “Allahu Akbar” (God is Great) on rooftops and they have mullahs and religious clerics supporting them

I disagree. Unfortunately, some right-wing western media and fairly so many middle eastern voices have sometimes given some other vague visions that the nominees of the main rivals of the Iranian presidential election, Mousavi and Ahmadinejad, are the same and Mousavi just knows how not to say wrong things in a wrong place. We Iranians know that like many other politicians inside Islamic Republic, Mousavi has changed a lot since 20 years ago. The world out there doesn’t realize it that much though.

Those analysts didn’t wanna believe that Iranians have voted for the reformist side and as soon as many were convinced that the election was rigged and Iranians “might” have voted for a reform, they started to say that: Well, Mousavi must be the same shit.

Mousavi was accepted by the guardian council being underestimated to be able to attract Iranian seculars’ support. Given the enormous turnout it should have been proven by now that he as a classic leader in Islamic Republic was even backed by the opposition to the whole regime; Those who used to boycott the election before as it is a procedure governed by IR. 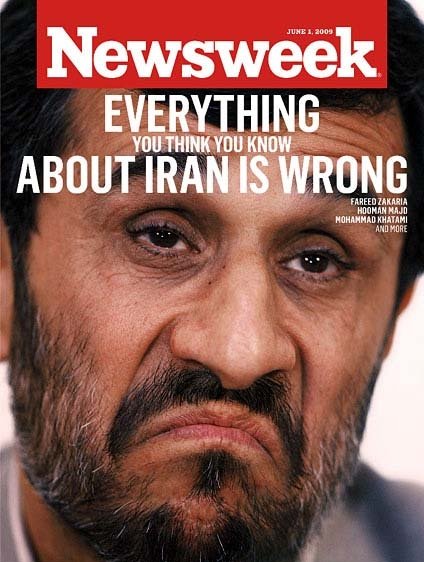 Such a claim that there’s not a meaningful difference between Mousavi and Ahmadinejad is unfortunately accepted all over the place and has tendency not to update the old-fashioned exotic viewpoint towards Iran. A better effort is needed to enlighten.